Showing posts from September, 2018
Show all

Are we the writers of our own songs?

September 29, 2018
Are we the writers of our own songs As I look all around me wherever it is I may be and occasionally watch the evening news I shake my head saddened wondering to myself if this world where we all live is worth even saving? Or should it just burn in the fiery flames of hell? Do we give up on even trying to save it as it tries so very hard everyday to destroy itself? Is humanity the cause or the answer? Are we to blame for what this world has become? Is it fate or faith that drives us to continue waking up day after day with the rising of the morning sun? Are we what is left of some big secret alien experiment that somehow went completely wrong? Are we only just some actor in a bad play that we call life? Or are we the writers of our own songs? Could we really be all alone as in the only ones stuck down here on this planet with a moon revolving around us as we spin around our one and only sun? is there anybody else who are just like us far beyond what our eyes can see when we look up in
Post a Comment
Read more

Listen to my soul 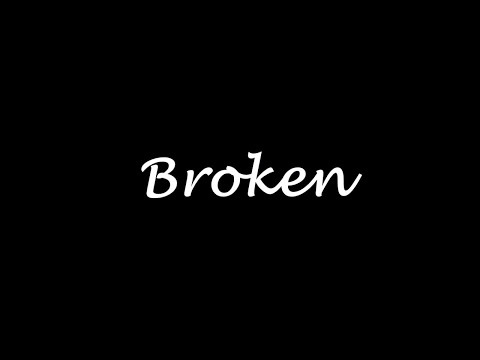 A live taping of "Broken" A poem written and performed by Richard M Knittle Jr.​
Post a Comment
Read more

September 02, 2018
I am in love with a fallen angel One of the saddest days that I have ever had in my whole entire life thus far, was the day that I held the most beautiful woman I have ever known tightly in my arms as she trembled against my body that was filled with more love for her then she could ever even Imagine and it was raging inside of me with flames smoldering like a fire burning out of control with so much passion that she herself or even anyone else for that matter would ever know, meanwhile a flood of tears were falling down like a bad winters storm somewhere out in the middle of the ocean from the deep dark sadness of her big brown sexy eyes that were reflecting all the signs of a hidden sorrow and the shadows that were left over of her much regretful past that seems to follow her everywhere she goes, as she sobbed and cried uncontrollably which was coming from her heart that had been badly broken so many times into a million pieces that it just may never heal again along with a woun
Post a Comment
Read more
More posts

Richard M Knittle Jr.
Richard M. Knittle is a Best Selling Author and a Nominated Texas Poet Laureate Nominee with fifteen books to his credit. The darkness of life left him in addiction, sorrow, and misfortune; a path leaving most debilitated. He relentlessly fought his demons empowering himself with understanding and empathy bleeding out in his poetry. Richard's fight for the son, not acknowledged through blood, put this poet in a battle of words . His courage and tenacity blessed him with the right to be the father in his son Ryder's life. The epitome of heroic. Richard is a veteran of two services in the US Navy and US Army National Guard with three honorable discharges. Although, he suffers with clinical depression and PTSD; he uses his struggles to advocate for all veterans. He is not only a poet but a published songwriter. I had the pleasure of being a guest on his radio show Poetry because it matters. His warmth and honest sincerity is very much mirrored his poetic words. He is a treasured friend and inspiration to all who read his poetry and are blessed to know him. Gracie A. Matthews Author and Poet